Put the saw to the tree – not the other way around. That was Andreas ­Stihl’s thought as he opened his engineering office in Stuttgart in 1926. Back then, working in the forest was cumbersome and difficult. Trees were felled using an ax or crosscut saw. Following an electric saw, Stihl launched his two-man gasoline-powered chainsaw on the market in 1929. This revolutionary product formed the basis for the success of what is today an international group of companies. But one thing has remained unchanged: today, 95 years after it was founded, STIHL is still 100-percent family-owned. 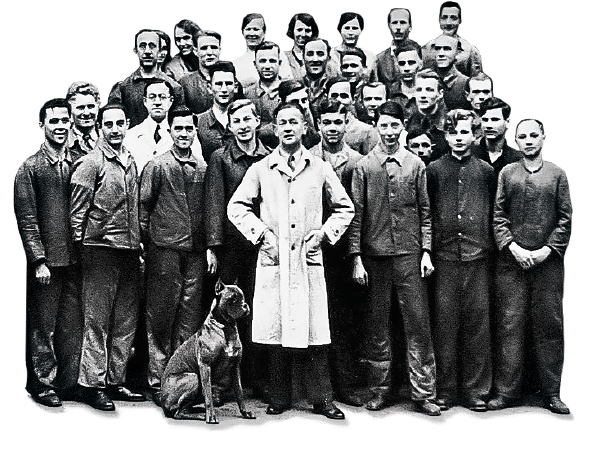 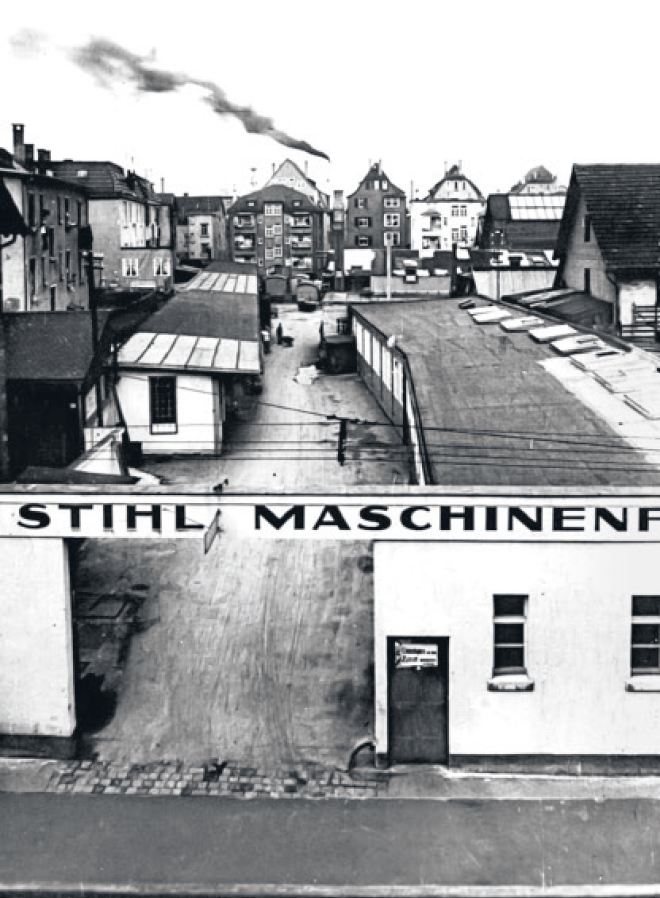 THE FOUNDATIONS OF SUCCESS

The small engineering office evolved into an imposing machine shop. Andreas Stihl moved his growing company out of the Stuttgart city center and into Cannstatt, a district with more industrial space.

The uncertain economic situation after the Second World War prompted STIHL to launch various products. Among other things, the company produced agricultural tractors at the new location in Waiblingen for a time. Work on different models of saws was also ramped up. 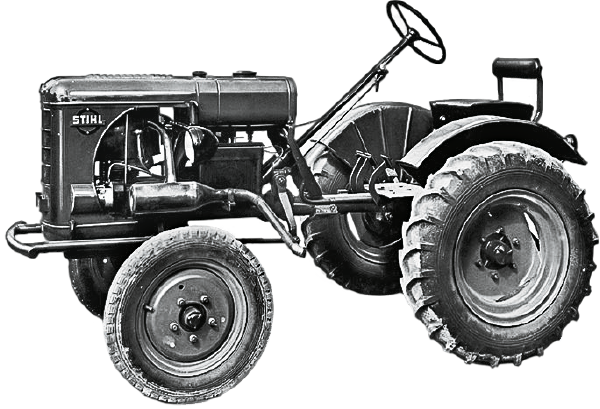 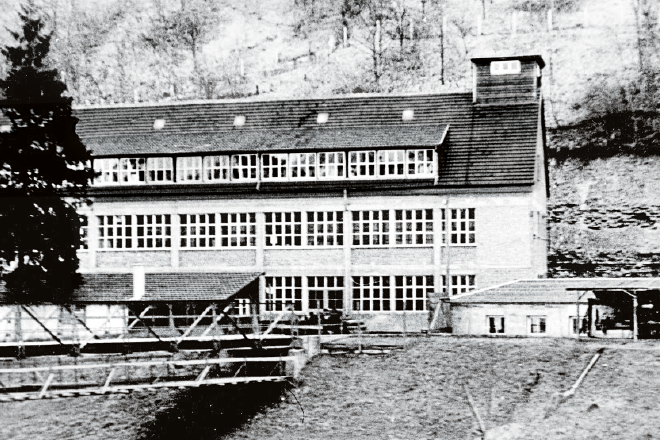 »Making it easier for people to work in and with nature.«

The market launch of the Contra gasoline-powered chainsaw marked the dawn of a new era at STIHL. The product, which had 6 hp of power and weighed just 12 kilograms (26 lb), was the first gearless chainsaw from STIHL, catapulting the company to worldwide prominence. 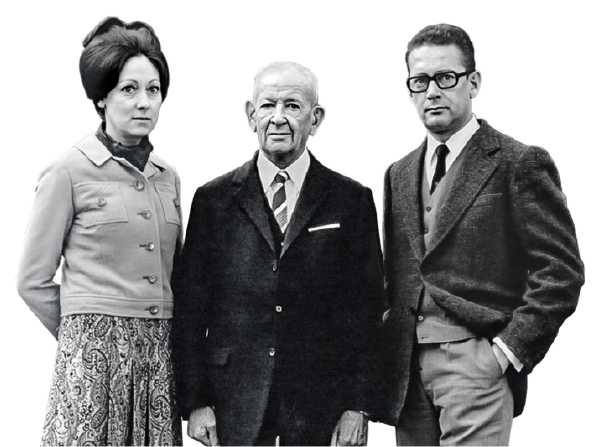 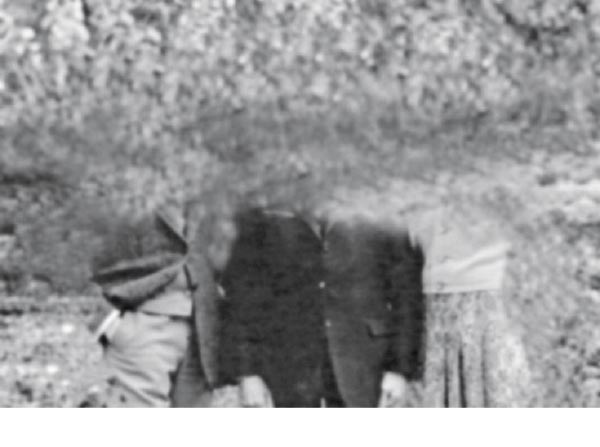 Hans Peter Stihl and his sister Eva joined the business to help their father, gradually working their way into important positions at the company. After Andreas Stihl’s death, in 1973, they also took on responsibility for operational management, keeping STIHL in the family. 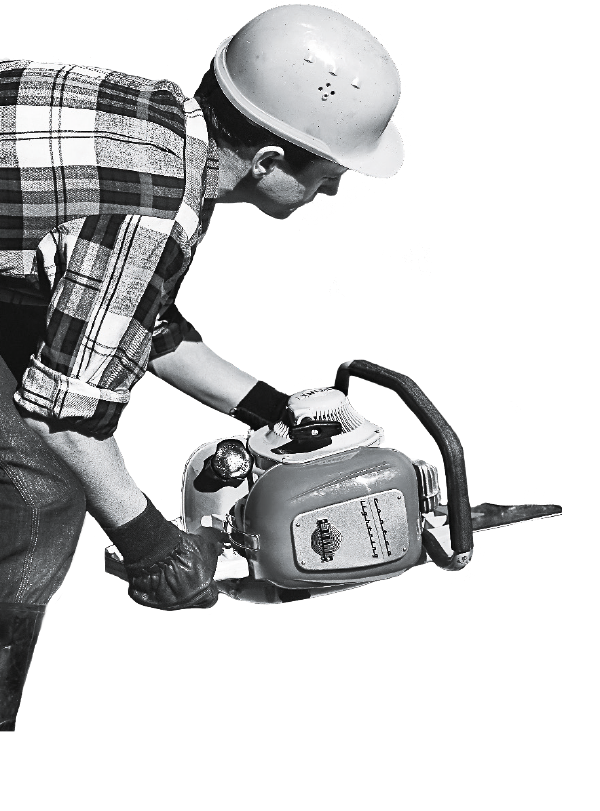 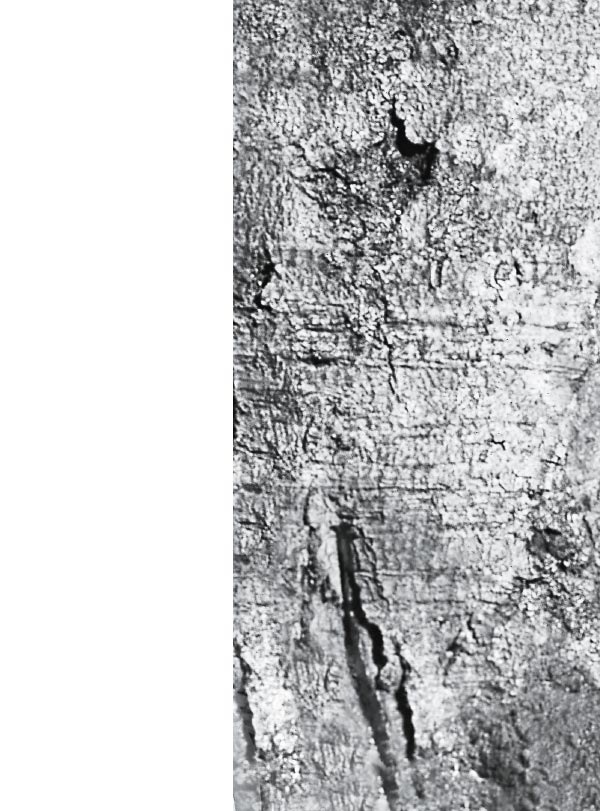 PATENTS MADE BY STIHL

STIHL was the very first manufacturer to equip a chainsaw with an anti-vibration system. The product range grew steadily – and STIHL equipment was in high demand all over the world.

In the 1970s, STIHL took the plunge and went abroad, founding production sites in Brazil (1973) and the United States (1974). The company also opened its own chain plant in Switzerland (1974). 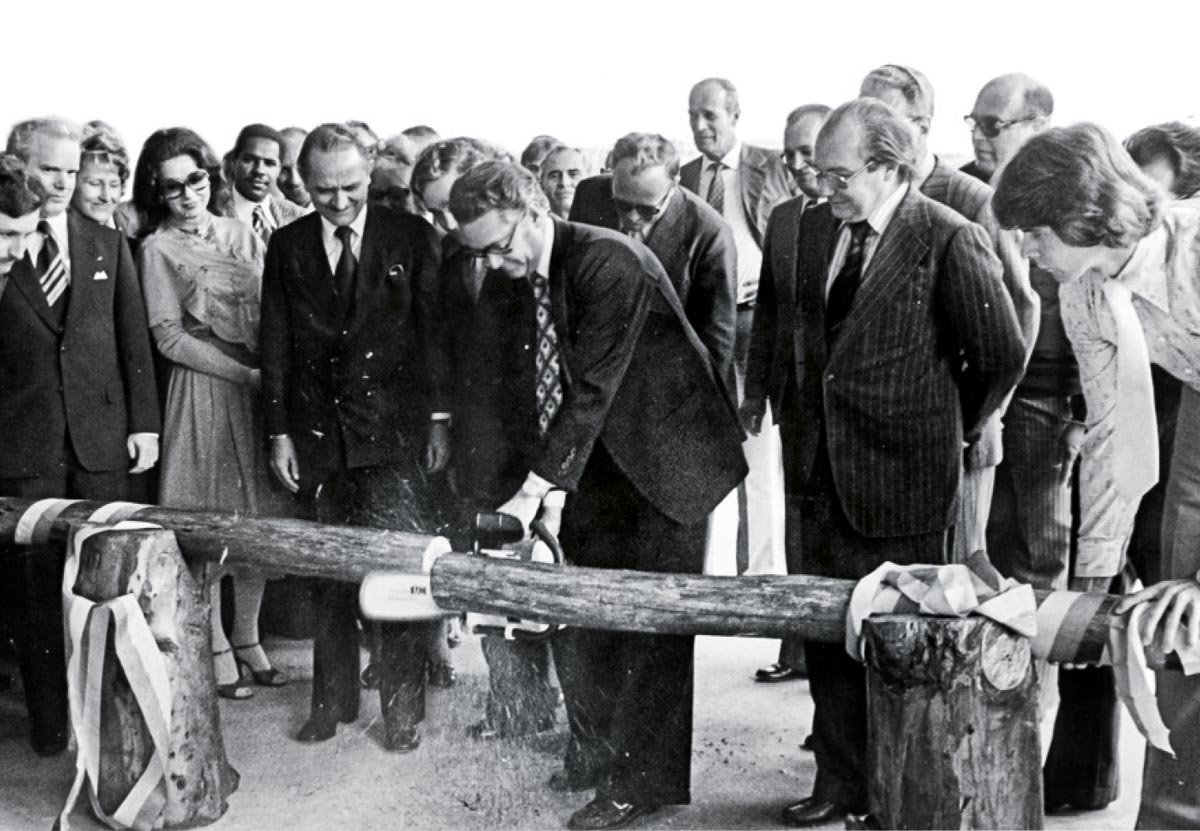 »Backed by the ›Made by STIHL‹ promise, the company stands for quality, innovative drive, and trust in our products. We need to protect that« 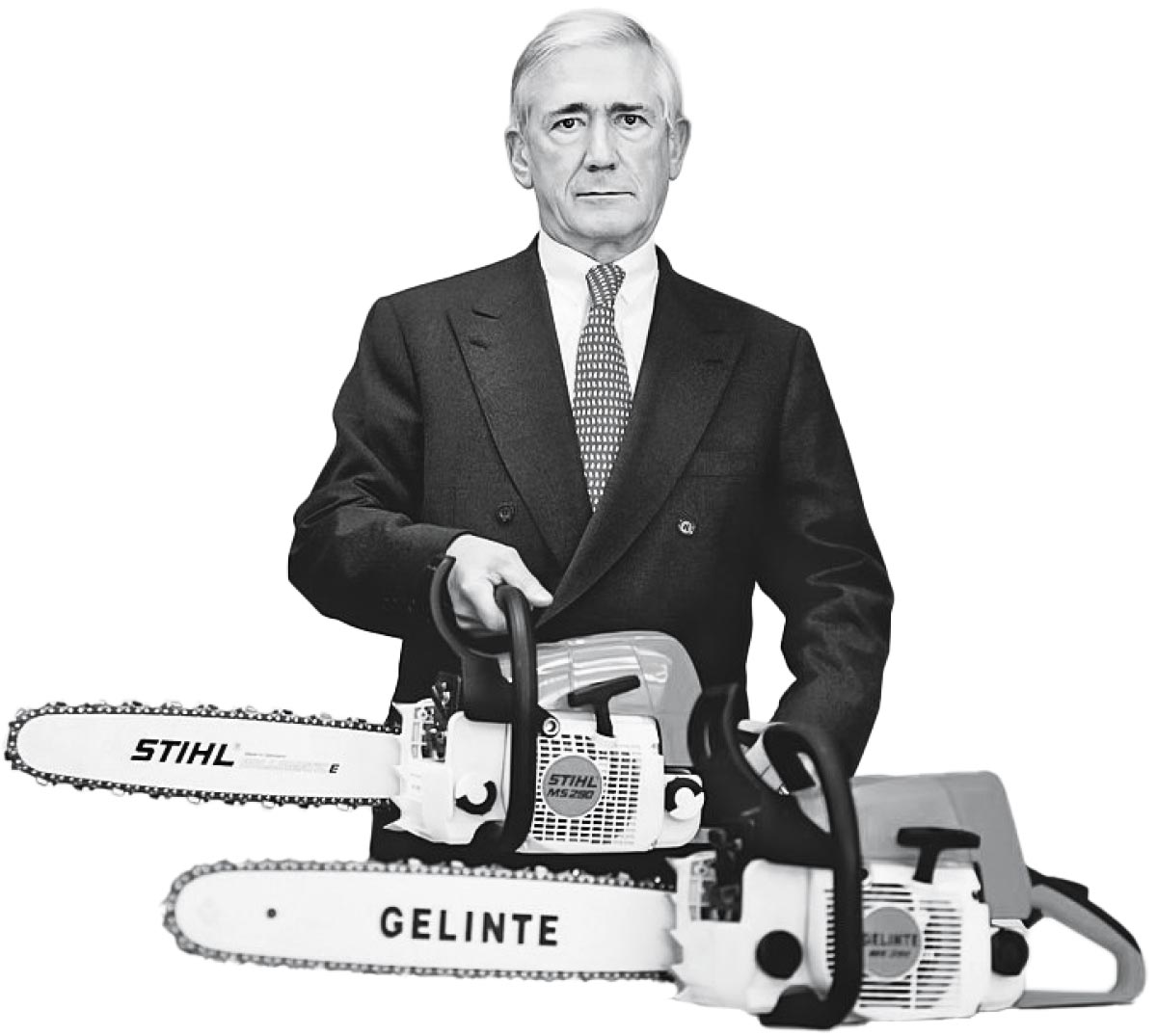 THE FIGHT AGAINST COUNTERFEITERS

THE THIRD GENERATION STEPS UP

Dr. Nikolas Stihl joined the company in 1992, the third generation of the family to do so. From 1993 until 2011, he managed the business at VIKING GmbH in Langkampfen, Austria. He succeeded his father as Chairman of the Advisory Board and Supervisory Board in 2012. 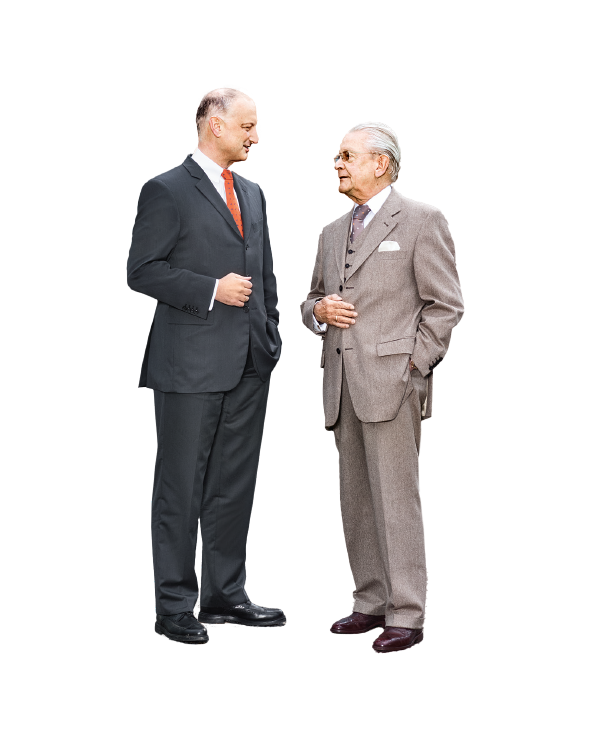 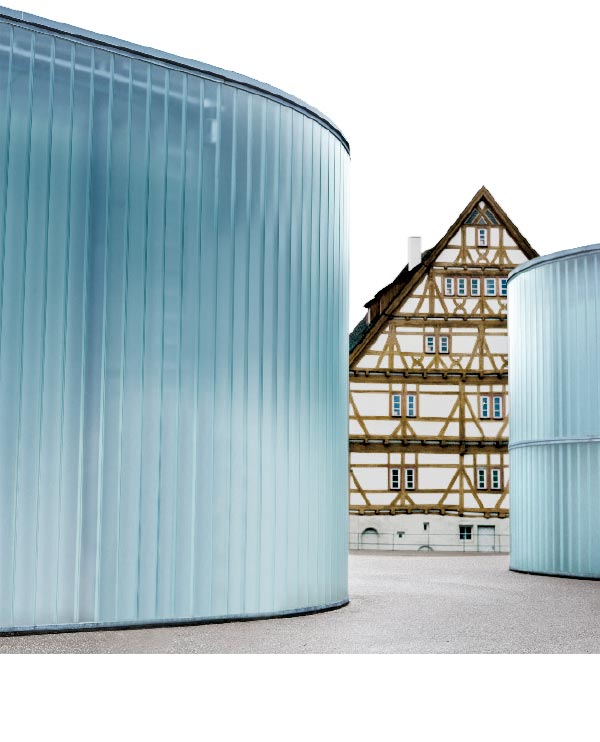 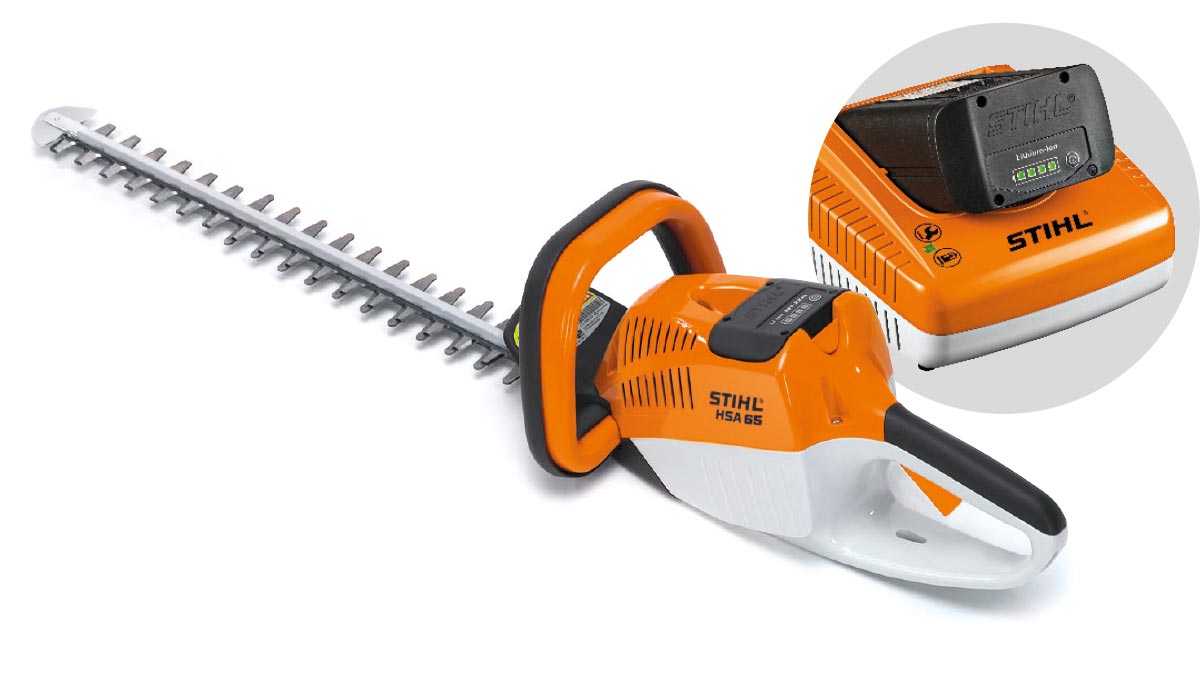 STIHL launched the world’s first chainsaw with electronically controlled fuel injection, the MS 500i, once again ushering in a new era in chainsaw technology. 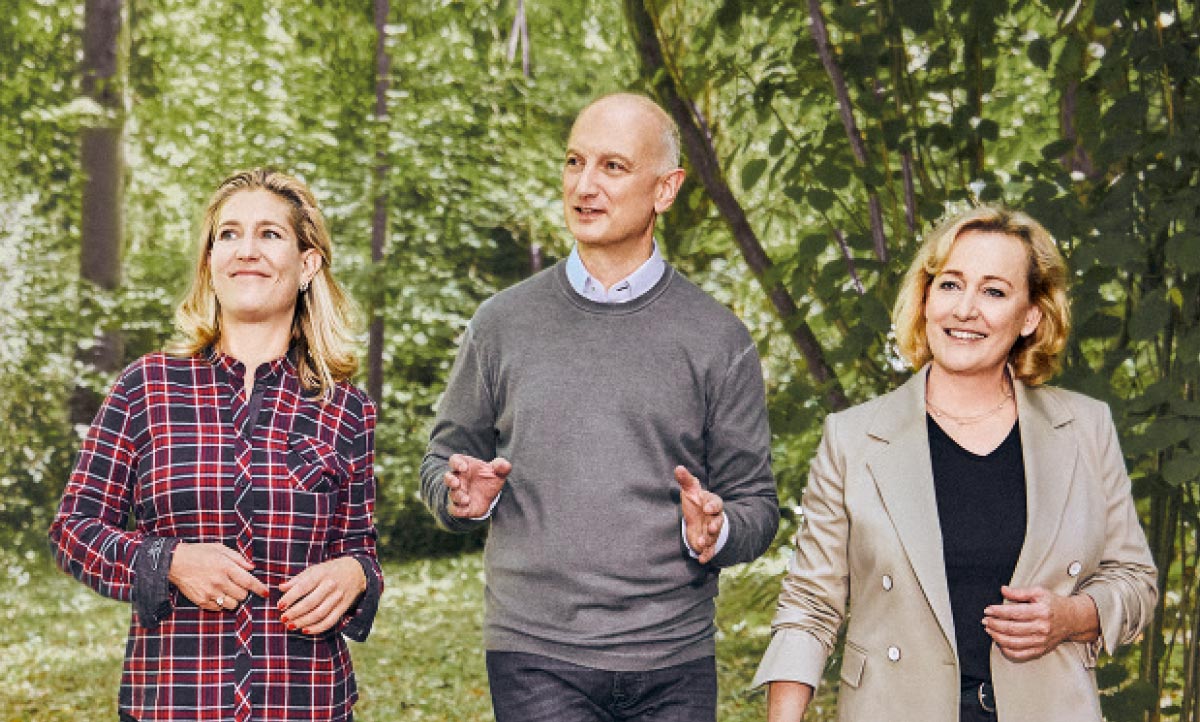 »The desire to grow is a natural one. In everything we do, we always want to go one step beyond. After all, only by getting better ourselves can we empower others to do the same.«

DR. NIKOLAS STIHL,
CHAIRMAN OF THE STIHL SUPERVISORY BOARD AND ADVISORY BOARD

From very large to very small

More than 40 kilograms (98 lb) and over 90 years lie between these two STIHL products: the TYPE A tree-felling machine, the first STIHL two-man gasoline-powered chainsaw, and the STIHL GTA 26, a small battery-powered garden pruner. Both are symbolic of STIHL’s ongoing innovative drive and willingness to change and of its continuing high standards for STIHL products.

From very large to very small

More than 40 kilograms (98 lb) and over 90 years lie between these two STIHL products: the TYPE A tree-felling machine, the first STIHL two-man gasoline-powered chainsaw, and the STIHL GTA 26, a small battery-powered garden pruner. Both are symbolic of STIHL’s ongoing innovative drive and willingness to change and of its continuing high standards for STIHL products. 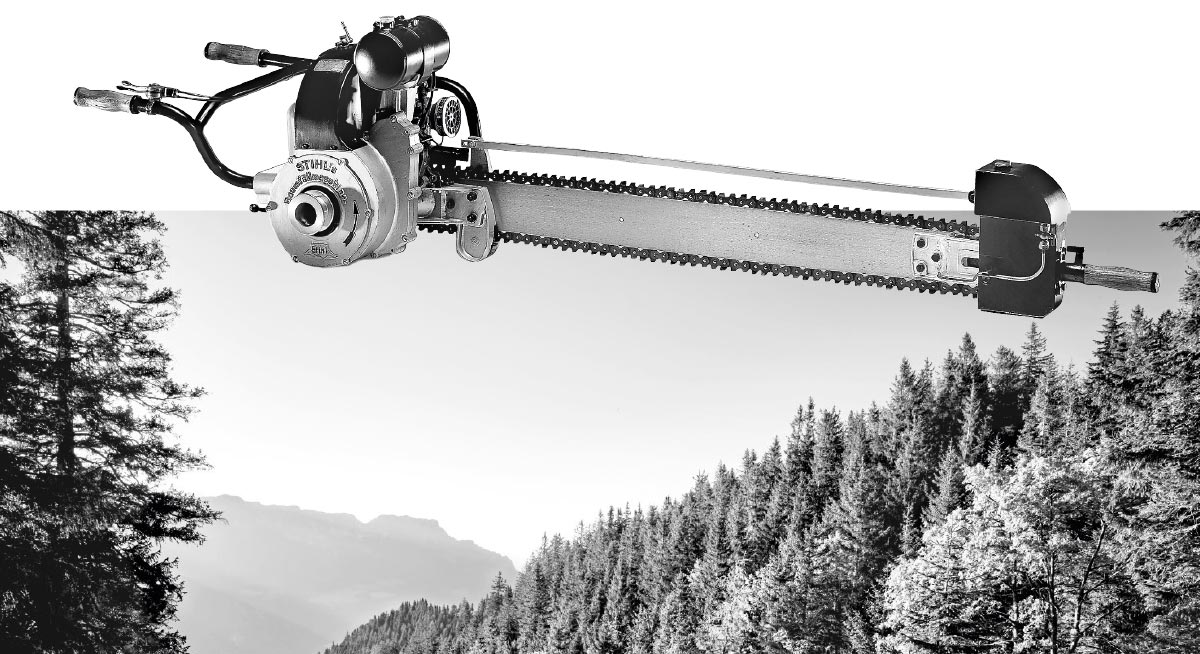 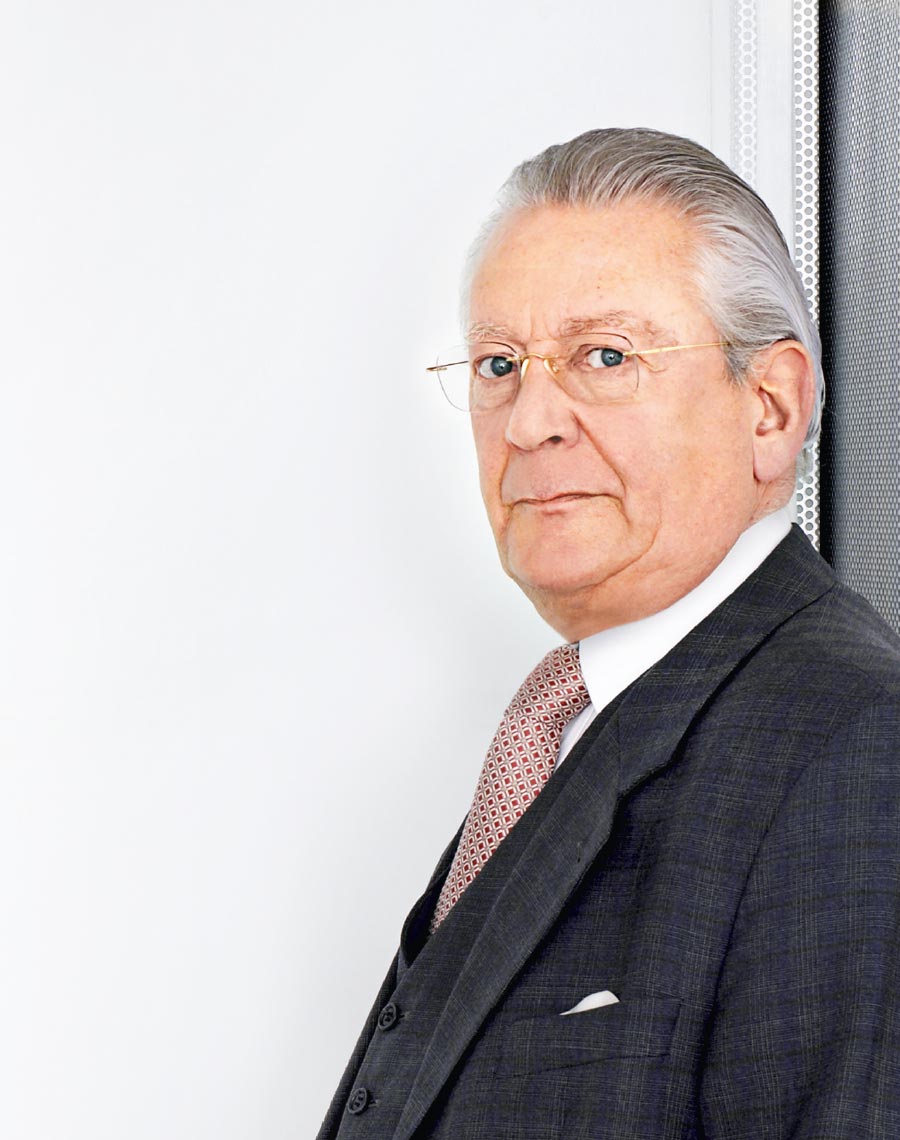 »WE AIM TO BE THE WORLD MARKET LEADER«

STIHL has changed a lot over the past few decades. After more than 95 years, should something stay as it is?

Hans Peter Stihl What remains is our goal of always being the world market leader. STIHL has been changing and evolving since it was first founded, and it is part of the core of our brand that we have the strength to grow from within.

What do you think are the most important decisions STIHL has made in the past; the ones that have laid the foundations for today’s success?

Hans Peter Stihl I think one important decision was moving away from making tractors in the 1960s and discontinuing our production of diesel engines. Focusing on portable gasoline-powered and electric equipment was the crucial step forward into a successful future. Another important point came in the 1970s, when we built our international production, sales, and distribution alliance. If we had limited ourselves to the German market, we would be a relatively small company today, if we still existed at all.

What do you see as the big challenges ahead for the company in the next few years?

Hans Peter Stihl We have a clear goal of remaining the world market leader in gasoline products and further expanding on that position. We also want to occupy the same leading position among battery-powered tools as well, always with an eye to our specific product segments. Other action fields such as technological advances and digitalization are important as well.

An Executive Board composed of non-family members has been successfully managing STIHL’s operational business since 2002. 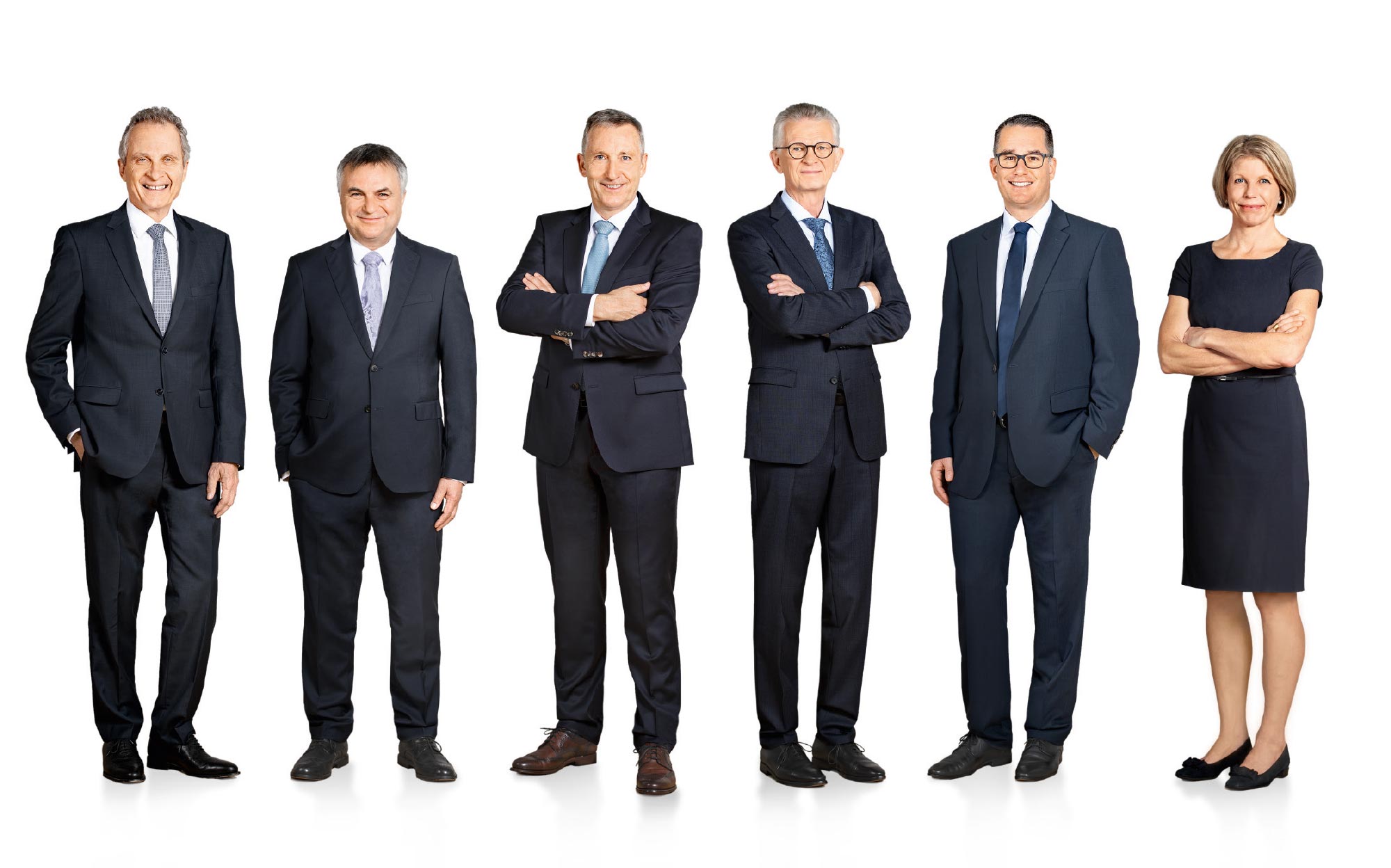 Executive Board of STIHL AG

(from left to right)

MARKETING AND SALES COMPANIES are affiliated with the international STIHL Group.

BILLION EUROS IN REVENUE was earned by the STIHL Group in 2020. 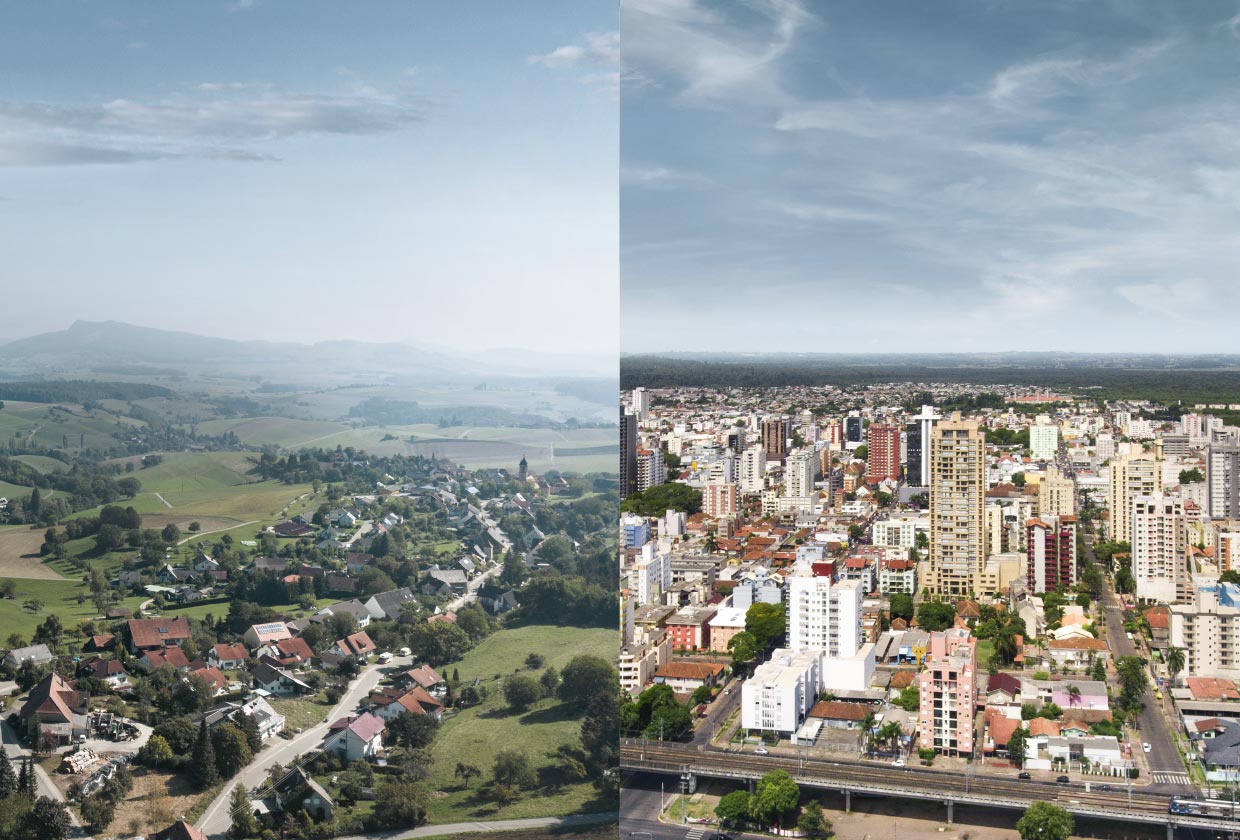 It’s all in the mix

The STIHL product portfolio is diverse, and so are the locations where the products are made. Sometimes it’s a tiny village on Germany’s border with Switzerland, other times a big city in Brazil. It’s all about the right mix. 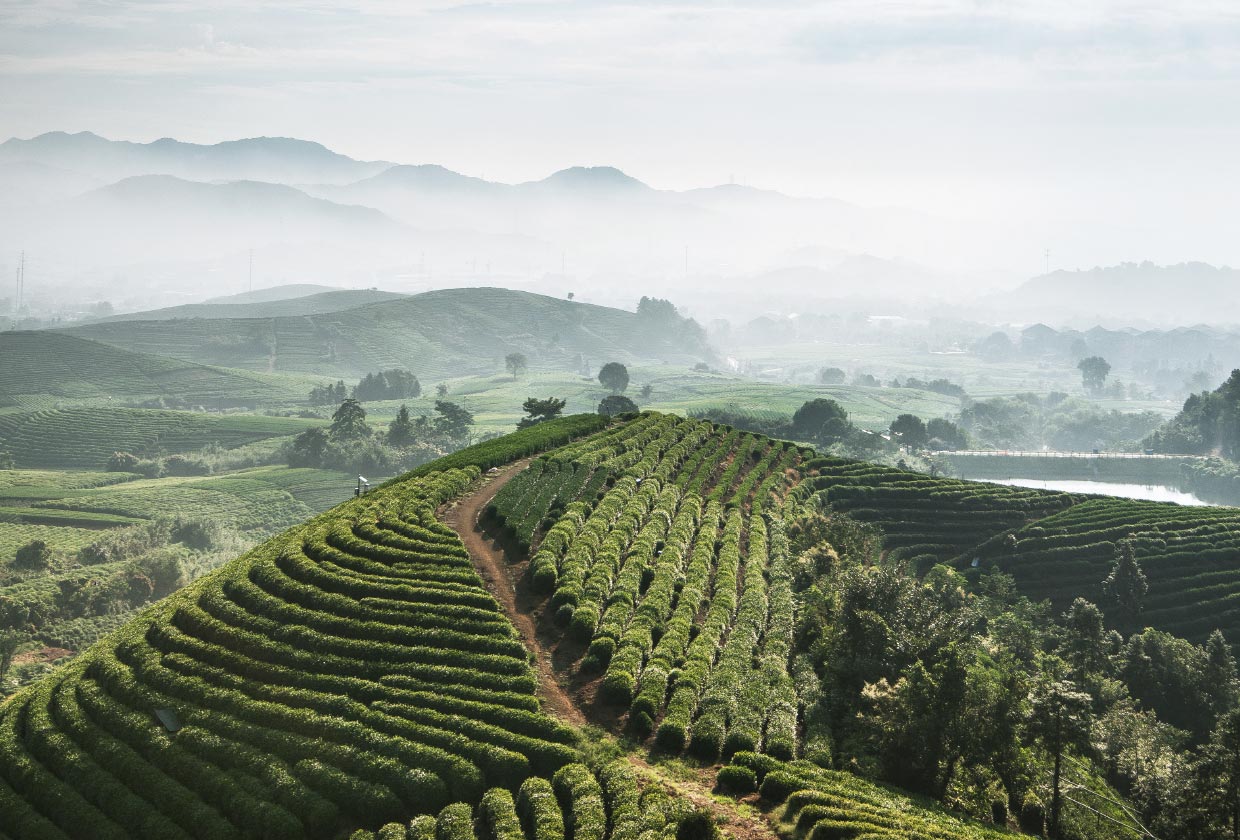 STIHL products are in high demand among customers all across the globe, but that’s not all. Manufacturing operations are also international, with production taking place in seven countries.